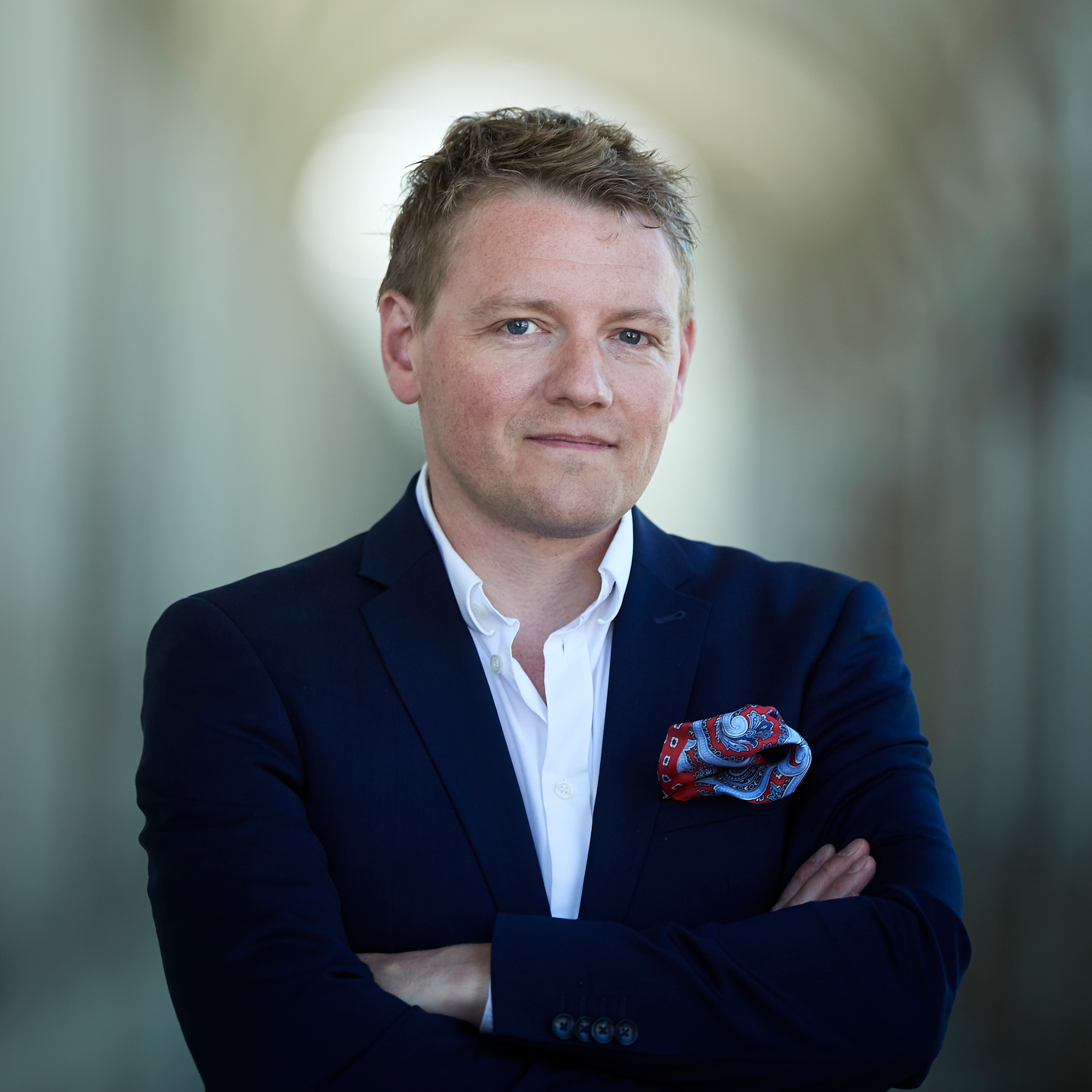 Over the past 15 years Harald Haugaard has established himself as one of Denmark’s most well-known and recognised musicians. His virtuoso fiddle playing combines playful ease with a rich and melancholic sound. His compositions are contemporary, whilst remaining deeply rooted in the rich soils of the Danish musical tradition. In both composition and performance, Haugaard has shown himself to be an inquisitive and innovative artist who is continuously searching for something new. He brings a contemporary flair to the traditional Danish music in which he is clearly rooted. 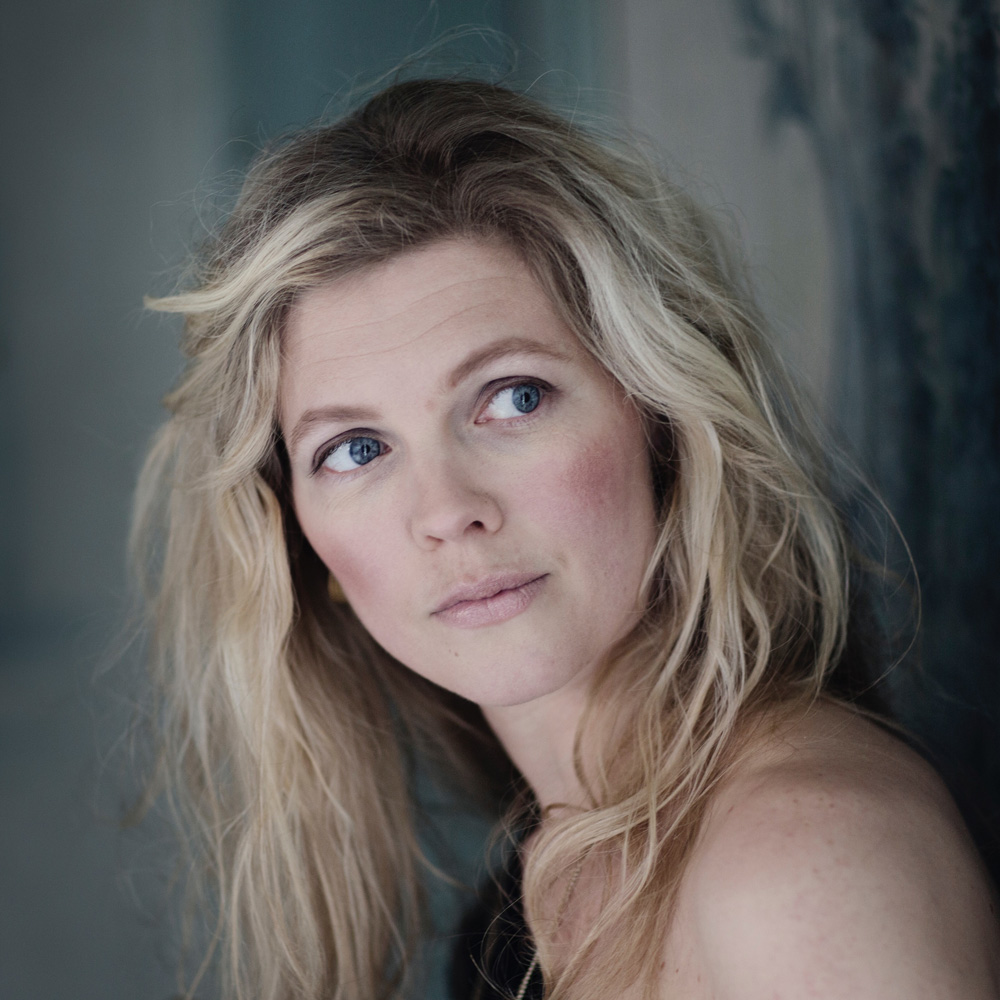 Helene Blum has thrilled audiences throughout Europe, and from Canada to Japan, with her intensely expressive, crystal clear voice. Her artisticfocus embraces both traditional roots and innovation. Using ancient songs and ballads as a base, she reinvents them with contemporary expressions and mixes them elegantly with newly written songs, including her own. She is deeply rooted in Danish music traditions, but at the same time not afraid to challenge them.
By the age of two, she already wanted to play the violin, and all through her childhood her musical talent grew strong while playing with her three sisters. She played mainly piano, but also cello and violin, and from an early age sang the ballads and hymns that form her distinctive tradition.
She is touring all over the world in her own name and with the Helene Blum & Harald Haugaard Band and her latest album “Men med åbne øjne” was pointed as one of ten best folk albums of the year by the British news paper The Telegraph. 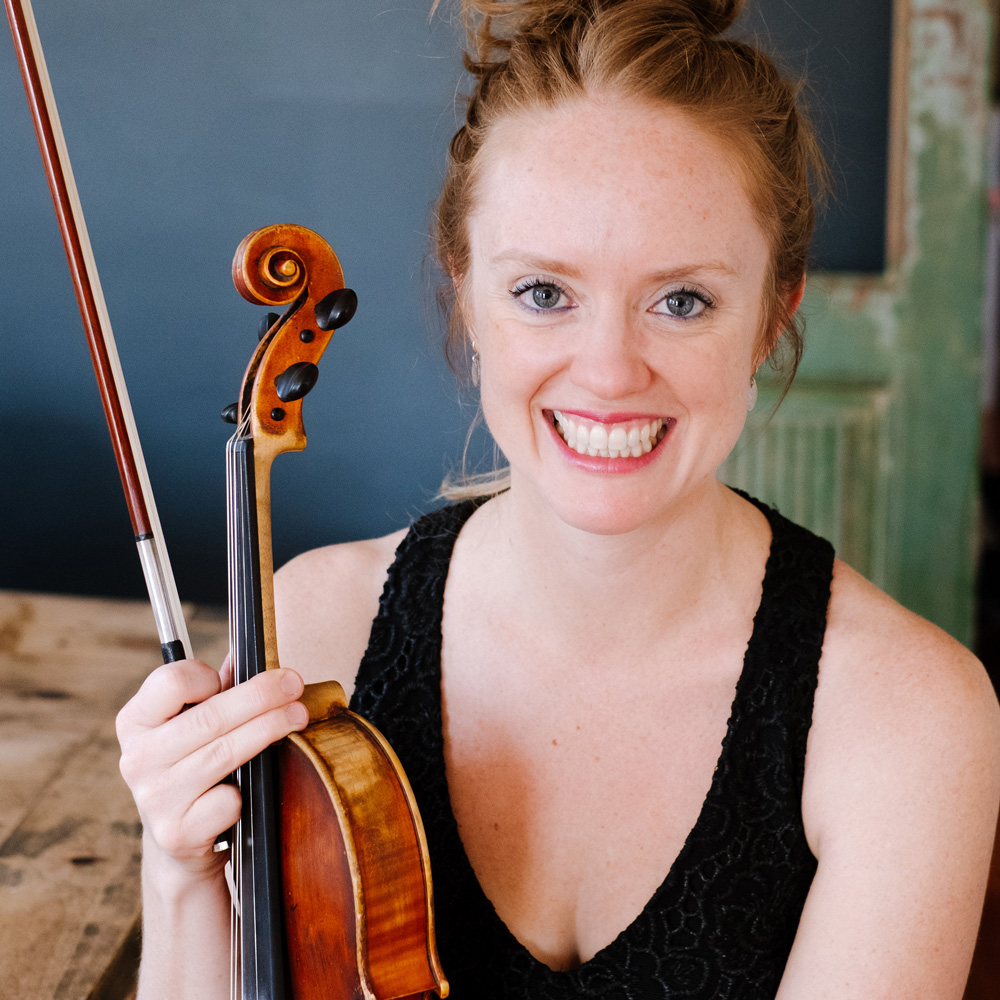 “Exuberant and rhythmic, somehow both wild and innocent, delivered with captivating melodic clarity and an irresistible playfulness,” says The Boston Globe about Hanneke Cassel’s playing. Such charismatic fiddling has brought Hanneke Cassel many honors and awards.
She is the 1997 U.S. National Scottish Fiddle Champion, she holds a Bachelor of Music in Violin and performance from Berklee College of Music, and she has performed and taught across the U.S., Scotland, Sweden, China, New Zealand, France, England, and Austria. 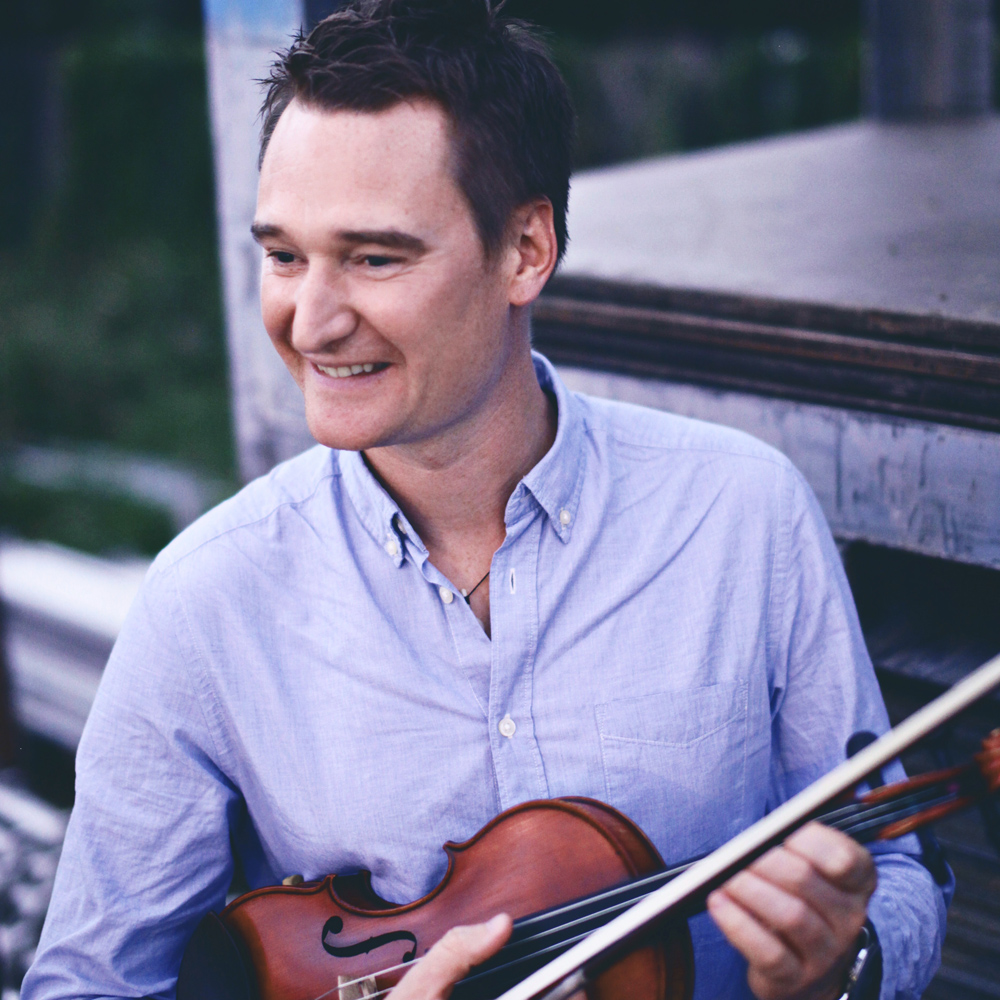 One of Shetland’s top fiddlers, Kevin is a long-standing member of leading bands Fiddlers’ Bid, Boys of the Lough, and Session A9. Kevin is also a member of the recently-formed Nordic Fiddler’s Bloc, a fiddle trio which combines Shetland, Swedish and Norwegian fiddle traditions to produce a diverse and invigorating sound. Kevin has been featured on 12 albums and has appeared on television and radio programmes worldwide.

Lykke Søndergaard grew up with traditional music as well as classical and rhythmic music, and combined classical training with a passion for traditional music. She graduated from The Carl Nielsen Academy of Music in Odense as a music teacher specialized in violin and traditional music.
Lykke teaches a lot of kids and young people and founded two youth string orchestras. She started several larger school projects, is working as folkmusic adviser and is engaged in keeping traditional music alive.
She has played concerts both on the danish folk and rhythmic scene and plays in different constellations.
Her primary artistic work is in the trio Nord-Spor,playing both traditional music from the region Himmerland, nordic and own music. Lykke works in different collaborations on getting the music out new places and to new audiences. 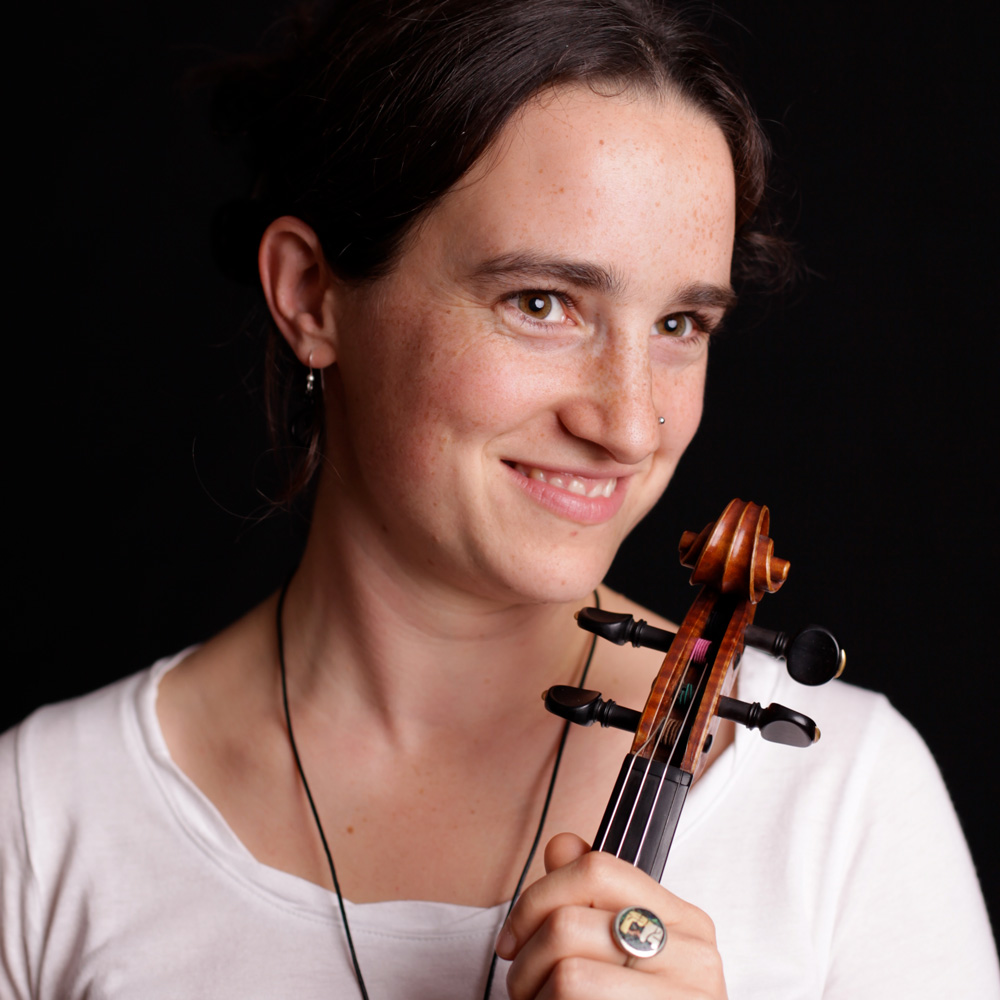 Emma Reid grew up in the northeast of England and started playing the fiddle at the age of three with her Swedish mother. She has graduated with a Music Performance BA and Master of Music from the Royal College of Music in Stockholm and Newcastle University respectively. In 2006 Emma became National Fiddler in Sweden, where she is now based.

Today Emma is an established artist with an impressive catalogue of performances and collaborations. She has a deeply personal style and a real ability to speak through her fiddle. Emma tours, records and teaches extensively throughout Scandinavia and Britain with amongst others Daniel Reid, Ellika Frisell, Lena Willemark, Rob Harbron, and the English folk string quartet Methera. She often collaborates with storytellers and dancers, and has performed as theatre musician at the Royal Dramatic Theatre in Stockholm.

“Exquisite playing – assured, unhurried and gentle, yet brimming with energy and rhythm.”
Taplas

“The playing of Emma Reid is truly delightful: she holds an audience through every enthralling note, with a musical dialect that is all her own but founded in two distinct traditions, English and Swedish.”
Folkworks 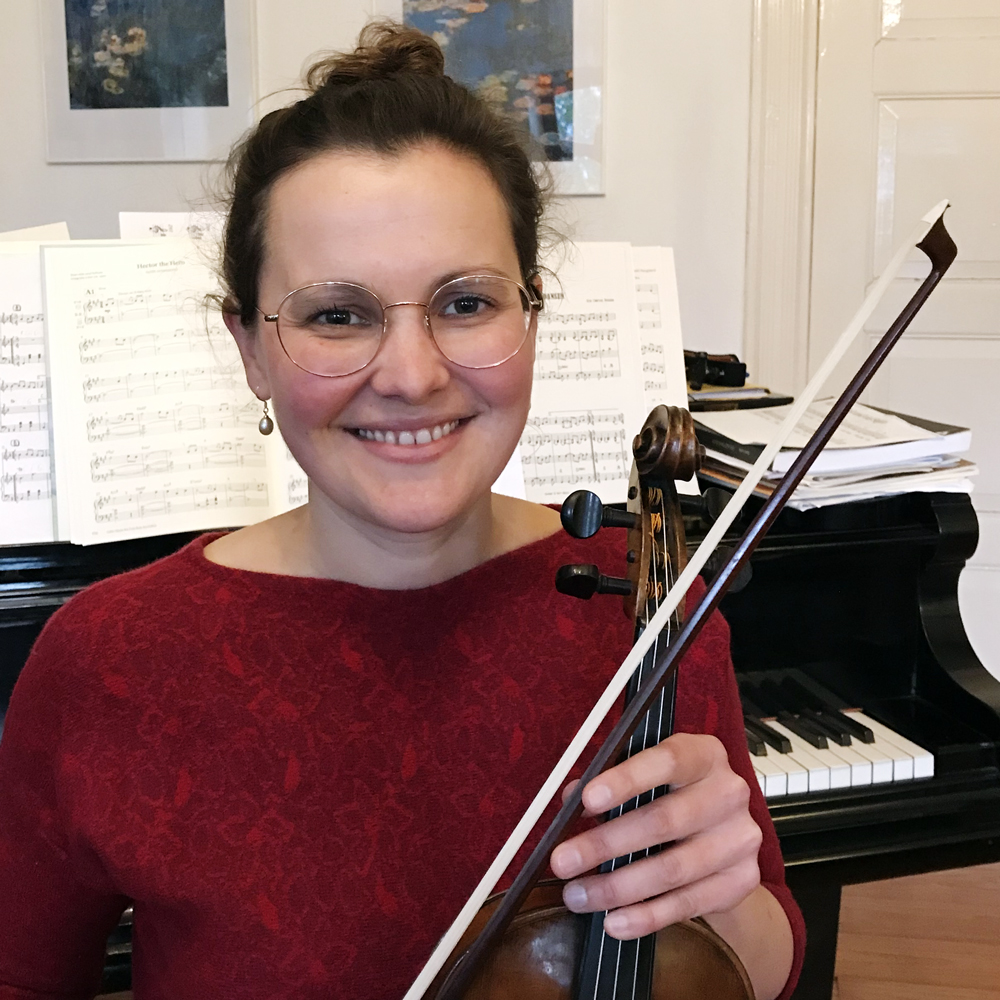 Nelly Eder grew up with classical music and received classical violin and piano lessons for many years. At the age of 12 years she got to know scandinavian folk music and it soon became her passion. Since then both musical styles, classicism and folk accompanied Nellys musical progression. She played in different bands and orchestras, organised musical projects and gave violin lessons and workshops. Since 2008 Nelly is a member of the band „Die Schrägen Vögel“. She played various concerts in many different places with this band. Besides playing music Nelly organises concerts for folk bands in northern Germany.

Nelly studied musicology and education at the Christian-Albrechts-University in Kiel and will finish her master programme in spring 2023.

Antti Järvelä grew up in a small town of Kaustinen, Finland, in a family where the traditional fiddling has been carried through several generations. He started playing the fiddle from the age of four and soon adapted the local dance fiddling style directly from his grandfather. In Kaustinen Music College Antti also started to learn the double bass, which soon became his main instrument. After studying bass at the famous Sibelius Academy in Helsinki, he decided to make music his profession. Antti works as a full-time freelance musician and teacher all around the world, carrying on the energy and fun he’s got to experience with folk music. He is the founder of the Finnish-Norwegian powerfolk string band Frigg and a member to such bands as Baltic Crossing, JPP, Troka, Kings of Polka. 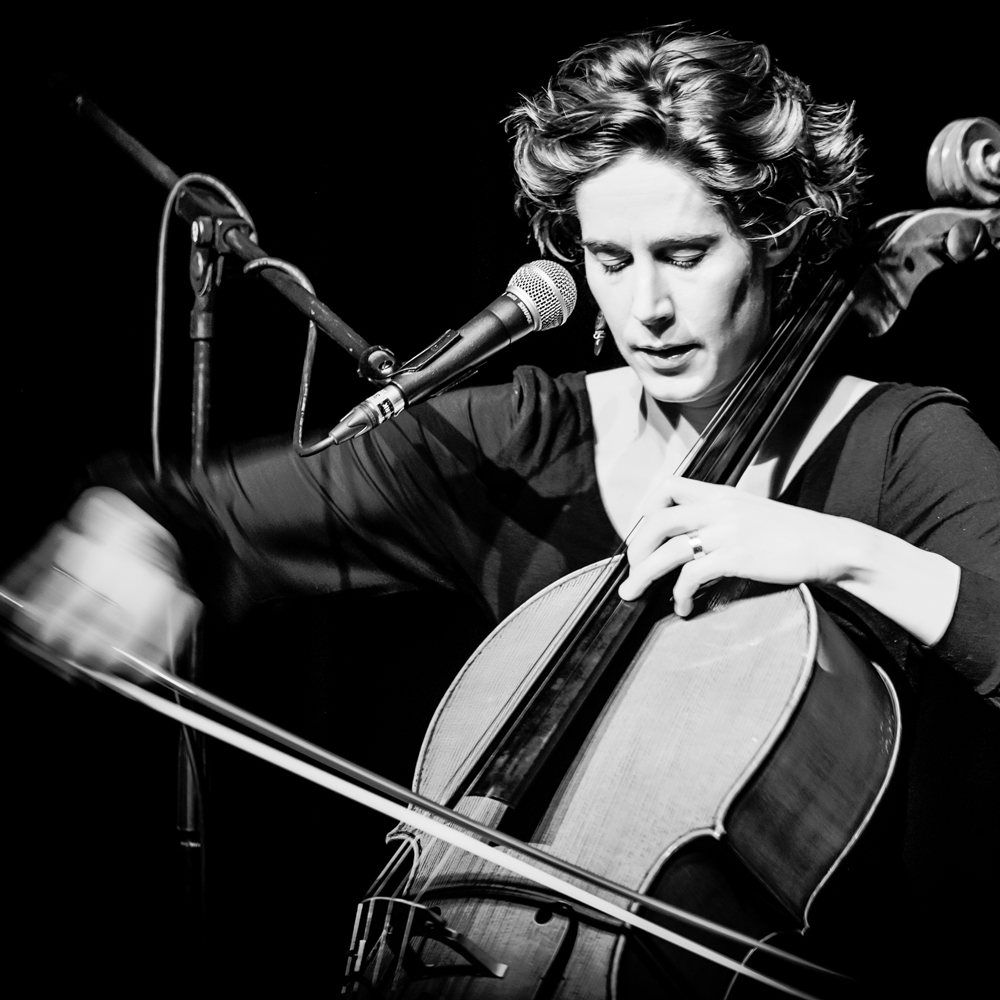 Sophie Abraham, born in the Netherlands in 1986, is a versatile, creative cellist and musician with a classical education and high quality standards. She studied cello with Rudolf Leopold in Graz and finished her studies in 2014 with distinction at Reinhard Latzko’s in Vienna. It is her greatest joy to cross musical-creative borders.

Filling a pertinent adequate position, Sophie Abraham has been the cellist member of the radio.string.quartet since 2015, a group known for cross-genre compositions and arrangements. In autumn 2022, the radio.string.quartet released its 8th album called B:A:C:H • like waters. After Erd’ (earth) it is the second Element – water – in their Elements Quadrology. In very respectful and yet unexpected way the radio. string.quartet transforms the BACH g minor violin solo Sonata into the present.

Programmatic, mediating, demanding, passionate – this is the Trio Frühstück, founded in 2010 by Sophie Abraham, the pianist Clara Frühstück, and the violinist Maria Sawerthal. The three musicians combine Viennese classical music with contemporary compositions and give composers from all past centuries the space they deserve. Their program ‚Listen to the Ladies‘ is more than just the name of a concert evening, rather a musical attitude and artistic idea to set eyes and ears on the female side of musical history. Their debut CD Mosaique was released in 2014.

Between 2010 and 2016. Sophie Abraham was a member of the Little Band from Gingerland, which she founded in 2010 with the jazz musician Angela Tröndle. The album Time out Time, released in 2012, was awarded the Ö1 Pasticcio Prize. The second album, Sir Prise, was released in 2014. With great desire for experiments and oblique sounds, the cellist expanded her musical repertoire beyond classical music. She explores the ups and downs of the cello, uses her voice and experiences the freedom of new soundscapes.

In her first solo cello program ‚Sophie geht den Bach runter’ (“Sophie goes down the stream/Bach”) she combines the solo suites of Johann Sebastian Bach with her own compositions. Musically washed with various waters, she expands the sound space of the cello with her voice, her languages (Dutch, German, English), with loops, montages, and overlays.

In December 2020, Sophie presented her second solo program and debut Album ‚BROTHERS‘. In the ORF broadcast program, Sophie and her Brothers were described as an absolute highlight. The album is received very well by the press and the audience and Sophie performs this Solo frequently around the world.

She finds a diverse playing field in the ensemble Scurdia around the pianist Markus Schirmer, by her own definition a colourful virtuoso gang that discloses new musical perspectives between classical and world music in free improvisation.

She accompanies the storyteller Folke Tegetthoff at readings at home and abroad and regularly plays at his narrative art festival ‚Fabelhaft’. She also studied instrumental pedagogy in Graz and teaches with joy and interest at the Music School st. Pölten.

In addition, there is a film music commission (2015, Turkish Way), compositions for commercials, prizes and scholarships: START scholarship of the Bundesministerium für Kunst und Kultur (2014), Pasticcio Prize (2012 for the CD Time out Time of the Little Band from Gingerland), performance scholarships of the University of Music and Performing Arts Graz (2006 and 2007).

Sophie lives with her wife Gea and their daughters Frida&Lou in Pressbaum near Vienna, overlooking the treetops of the Vienna Woods. 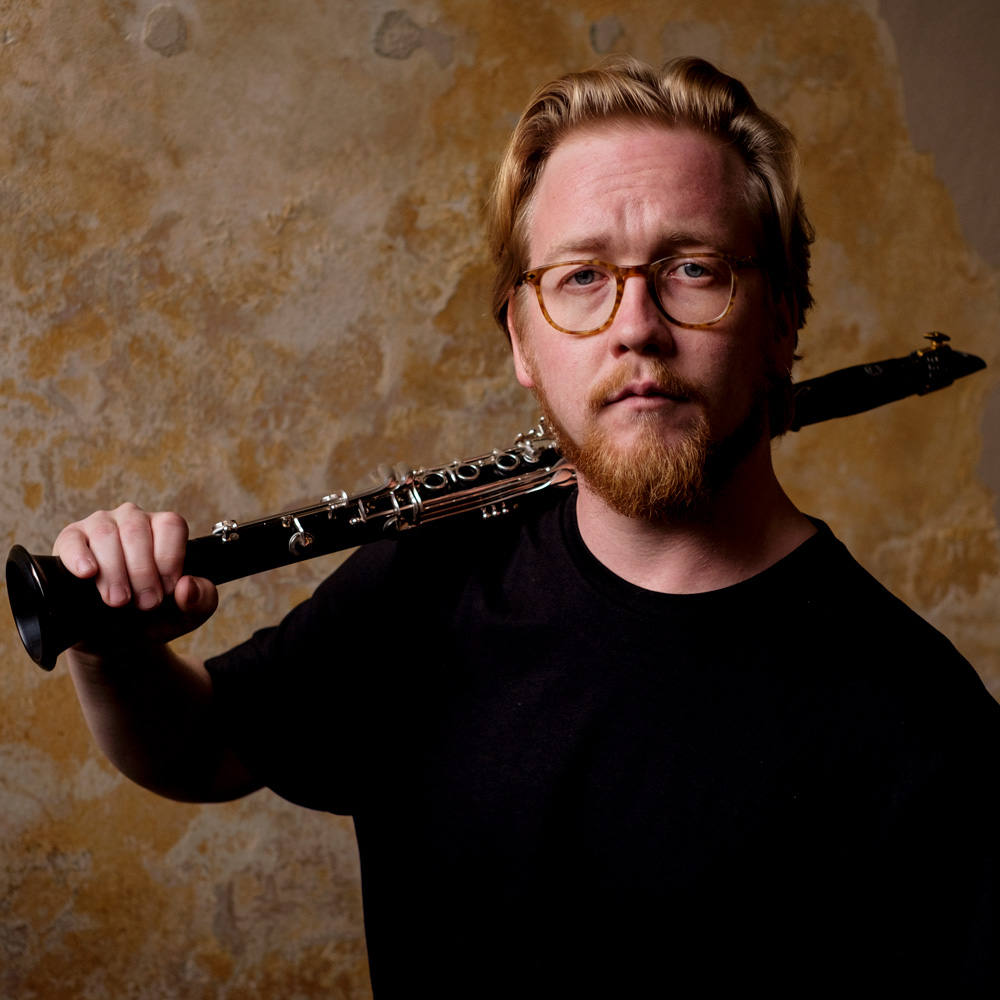 Martin Strange Lorenzen is a unique clarinetist and dancer specialising in the Danish tradition. Educated at Syddansk Musikkonservatorium in Esbjerg, Martin is considered to be one of his generations most fierce and skilled dance musicians. Known for his uncompromising sound, unrelenting drive and strong presence in bands like Mads Hansens Kapel and Mynsterland, Martin has made himself known in and outside Denmark as an ambitious and charismatic “wind-fiddler”, with a particular goal: Making dance music great again!